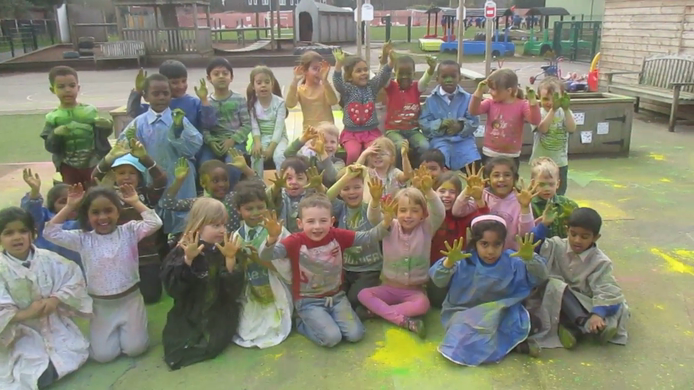 We learnt about the Hindu Festival Holi. We read the story of a little boy who's father was the evil King. The King wanted to be powerful, he was evil and cruel. The little boy told his father he had learnt that he is king but that Vishnu is God which his father did not like. His father tried to have him killed but he was protected by lord Vishnu. It is for this reason that Hindu's celebrate Holi to remember when good triumphed over evil.

We also discussed that Hindu's burn old things so they can have a fresh start. Mostly importantly we learnt that Hindu's throw colourful paint at each other which we have ago doing....it was very fun!